Colleen here. Yes. I DO!!! That’s what Jase thinks of women other than his wife Missy. Jase would say unfaithful women are cowfrogs..when women see him…they run. Same thing with me but with men. Jase only trusts Missy, women wise. If I were with Jase, I’d trust him for sure. But with those bullfrogs….FORGET IT!!! A bullfrog is a nice term for an a-hole. I’ve had so much bad luck with men it’s not funny. I dated six bullfrogs and never found my prince!!! Did I tell you I once was engaged to a Willie????!!! MAN!!! What a mistake that I made. Now I know how Jase feels about Willie since I dated a Willie by saying “Most people named Willie are either in prison or on the arm wrestling circuit.” My Willie was a serial killer and was supposed to be in prison but got away with it by pleading insanity!!! I’m glad I called that marriage off!!! Man! He could of KILLED me!!! If I came upon another Willie….trust goes down the tubes…I’m not going by that route again. Unlike Jase, I don’t trust Willie. Here is a meme of Jase with the quote I mentioned AND a meme that REALLY caught my eye…. 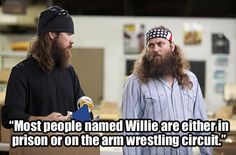 Miss Bane of Bullfrogs here. Anyway, Strawberry, when you reach legal drinking age, I have a beer to suggest for you, a redneck. A beer that I drink is called Coors Light and that is a redneck beer. Stone Cold Steve Austin gave Vince McMahon a beer bath in it to entertain the fans. Stone Cold Steve Austin is a pro-wrestler who is a redneck who drinks Coors Light. I can see Jase drink this. Jase looks like the type to have a couple of brewskies with his dad, Phil which I do with  my dad, Greg. My brothers, Tom and Mike who are the Willie and Jep of the Feeney clan also drink Coors Light like me. My dad will have Coors Light ready for me when the Canadian Thanksgiving rolls around. We are having a Feeney clan gathering on the 12th of October so I wish all the Canadians, a Happy Thanksgiving. Well…Jase is right about turkeys tasting way better than ducks. My mom is getting a 22 lb turkey. My mom’s name is Patsy. She is a teacher like Miss Kay. When I was young which I still am, she gave me the birds and the bees speech. I kinda got embarrassed when Phil gave Jase’s son, Cole that speech with the crawfish not knowing Phil was a teacher. My parents are retired teachers like Phil and Miss Kay. So I’m going to celebrate Thanksgiving, redneck style with the whole Feeney clan! It’s on like Donkey Kong! and that’s a fact Jack! Next thing you’ll be doing is sippin’ on samosas!

❤ Miss Bane of Bullfrogs aka Colleen

P.S. Here is a pic of Coors Light…the redneck beer. Also two Jase and Si memes and them turkey hunting…

I gave my room a fall clean with redneck logic….

Miss Bane of Bullfrogs here. Yes, I had to. Jase told me that my room was getting a wee bit cluttered. Here are some nice pics of my nice room that Jase and I cleaned with our redneck logic. I’m going swimming tomorrow and on a bargain hunting spree with my housemate Lorraine and social tomorrow night. I’m soon going to get that fake beard for Halloween and be Jase. Like I said, I was Willie last year but I have no pics though *SIGH*. Sam had a different computer that had the pics but that computer is out with the white trash. But I promise this year that I’ll post pics of me as Jase this year. Here is a pic of a Canadian flag, I put up which Jase likes. I know in my mind that Jase would love to live in Canada because he has lots in common with the Canadians like a person which is me!!! I’m Jase’s perfect match! Oh jase would love me if I had him physically. Man! I’d outsmart Missy! Anyway here are the pics…

❤ Miss Bane of Bullfrogs aka Colleen 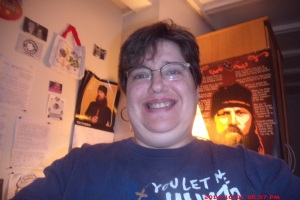 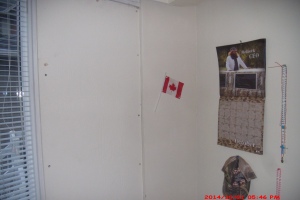